Growing up - a zillion years ago - we lived on a property in Southwest Montana. The property had a bunch of old outbuildings and a dump. All pretty fun for a kid to explore and the dump wasn't like todays dumps that are hugely smelly and rather vomit inducing. This dump had discarded toys, clothes and nicknacks... a wide array of stuff. The outbuildings too... tons of stuff somebody forgot. We found a Tin Type once - who knows what happened to it. We played with mercury found in old speakers - explains a lot - tisk tisk. I rather think this is what draws me to abandoned places today - frankly, I hadn't thought about it until I started to write this blog post. But it makes sense... I think about the stories behind those forgotten places and things.

This abandoned school in Sanford NC was a blip while driving passed town - I call the HWY a roundabout because it keeps you from going THROUGH town to get to the other side. Anyway, when I am passenger I look and look, so much to photograph - problem comes in when I have to DRIVE and still think I am a passenger - maybe I'll get that auto driving Tesla - bwaaaha. SO, the school is tucked in behind trees and a bus garage the county school system still uses. I didn't even know how to get there. However, that is rarely a deterrent. I found it and as per my norm, I think I am the only person in the whole world that has entered since it's abandonment. I only had the phone so I snooped around and took a few snaps for reference. A few weeks later I was back with my models, balloons and a sunny day in February because I dislike snakes and won't go tromping in the warmer months in NC!

I had several ideas for each of my models. I wanted to create/recreate scenes possible from another time.

Rosa - I wanted to bring her in as a student of this place, a happy student with balloons and that spring dress we wore for picture day.

I also wanted to show this 11 year old girl ready to take on the boys despite the dress or because of it. Often we are held back by so many stereotypes... not only stereotypes but race, gender, socioeconomic status all there like walls. I wanted to break a little bit of that.

Victor - is that kid everybody likes, the cool kid, who is nice and smiles to all. We should try to be so open.

Felipa - A teacher, advocate for children today. Someone who has their own battles raging but creates a figure that the kids can look up to, a leader, a beacon for the future! This is what teachers are to me. Heros

I came to school loaded with ideas of how I wanted to photograph this place. With its various rooms filled and empty. Some formerly "occupied" and tagged. Some trashed. You could see the ghosts... Not old ghosts... Books strewn, maps, posters, chairs, desks, podiums all left to dangle in a space and time forgotten...

Funny Thing - Felipa and I were wandering through some of the other classrooms when this cop comes cruising through the area. Doing his thing, just making sure there weren't hoodlums destroying the place. Time needs no assistance.

But what was my immediate reaction....?

I am so humored by my first reaction at seeing the cop, I laugh today and still wonder why did I have that reaction?

I am a grown up! and I have never been in trouble with the law - knock on wood.

So, we keep learning stuff about ourselves even as adults... 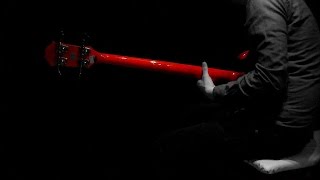